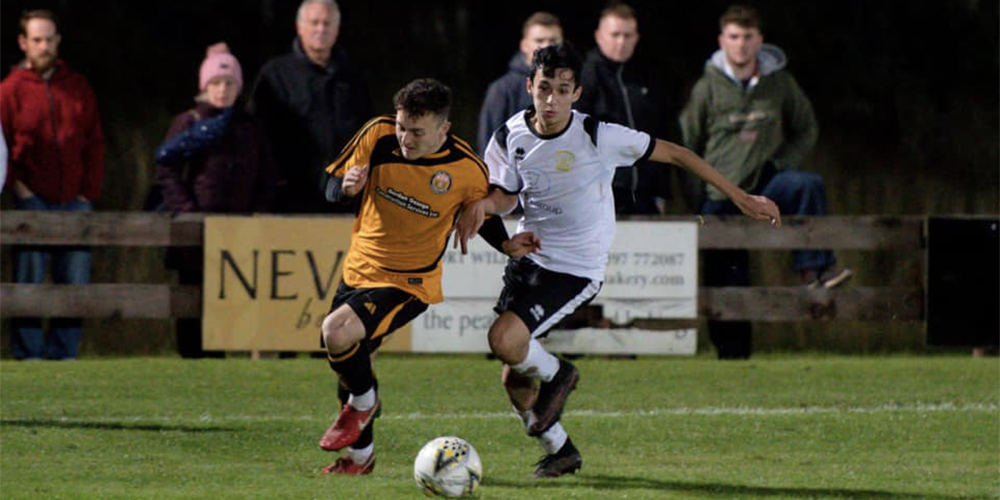 There were jubilant scenes at Claggan Park last Wednesday night (September 11) when the referee’s whistle blew.

Fans rejoiced while simultaneously drawing a sigh of relief – the wait for a league win is over!

After a 74-match run without a win in the Highland League, Fort William finally managed to pulled it off, with nearest rivals Clachnacuddin being put to the sword.

In what was a tense affair, the match winner came from 18-year-old midfielder Jack Brown, one of nine players sent to Fort on loan from Inverness Caledonian Thistle.

Despite their recent heroics in the North of Scotland Cup this season – beating Nairn County and Rothes on their way to the semi-finals, scoring five goals in each match – the Fort were still without a win in the league.

The match got off to a frenetic start with Clach coming close to opening the scoring within just a few minutes. The Fort managed to compose themselves and come back at the visitors, creating two clear opportunities for themselves but neither Robert Nevison and Roddy Kennedy were able to get the ball in the net.

Chances continued to flow between the sides but still the score remained goalless. Jack Brown came closest to getting the first goal for the Fort on the half hour mark but his effort was thwarted by the Clach ‘keeper. Soon after, Clach replied but a long range effort only struck the bar.

The ref finally blew time on a frantic first half which should have offered more goals.

Within just a few minutes of the restart the breakthrough finally came for Fort William. And it all started with a throw-out from goalkeeper Martin MacKinnon who found Jack Brown. After a neat one-two in midfield, Brown continued his run to latch on to a through ball from the left to evade the chasing Clach defenders. He then coolly slotted the ball past the onrushing ‘keeper into the bottom right hand corner to send the 200-strong Claggan Park crowd into raptures.

It looked as though he might double his team’s tally for the day just five minutes later but his effort grazed the outside of the post.

Th Fort were still causing problems for the opposition and the defence weathered the Clach storm for the remaining 30 minutes. Eventually the referee blew time on a historic victory for the home side.

The victory means Fort William now sit in 14th place in the Highland League, above Clach, Huntly and Lossiemouth with a game in hand over their fellow strugglers.

Report written by The Oban Times.