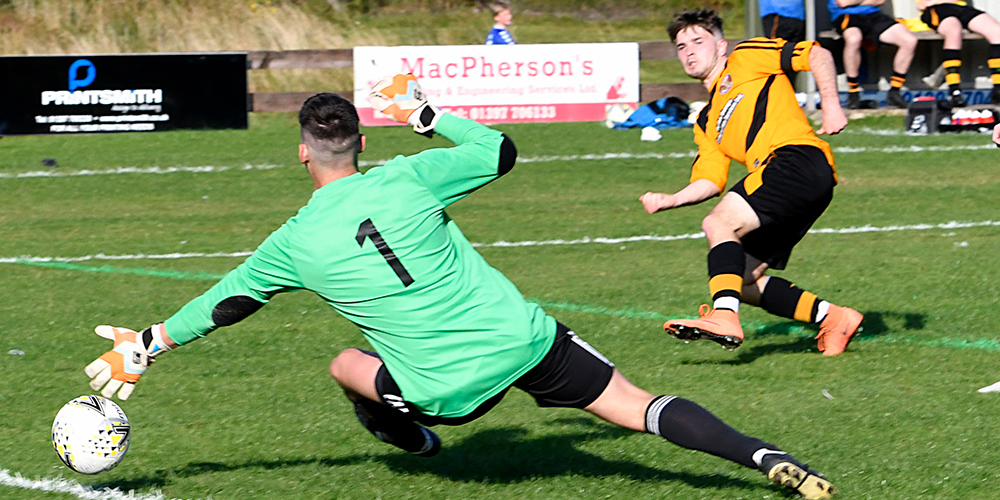 Fort William posted back to back home wins in the Scottish Cup at the weekend with this five-goal demolition of Lowland League visitors, Vale of Leithen.

The Claggan Park outfit booked their passage into the second round of the Scottish Cup with goals from Jordan Andrew, Robert Nevison, Ross Gunn (2) and Roddy Kennedy -Nevison and Andrew scoring their first goals for the club.

The misery for Vale, currently anchored to the foot of the Lowland League, was compounded when they ended the match a man down after Lewis Hall was red-carded with eight minutes to go.

Based on the first half it would have been difficult to predict the final scoreline, with the scrappy half ending in a 1-0 lead for the home side after Jordan Andrew’s strike in the third minute.

Both sides had several chances in the first half, with Vale’s best opportunity being denied thanks to a wonderful save right out of the top drawer by Fort keeper Martin MacKinnon.

The start of the second half saw Fort come out flying and the home fans did not have long to wait, with the 48th mninute seeing Nevison get his name on the scoresheet.

Seven minutes later and there was an immediate impact by new signing Iain Maclellan after he played the ball across the box for Ross Gunn to tap into the net.

And it was Gunn again, on the 72-minute mark, when he drove a magical free kick effort into the visitors goal to make it 4-0.

Three minutes later Kennedy finished the scoring off with a well timed goal and Fort were through to the second round of the Scottish Cup much to the delight of players, fans and officials.

Article written by The Oban Times